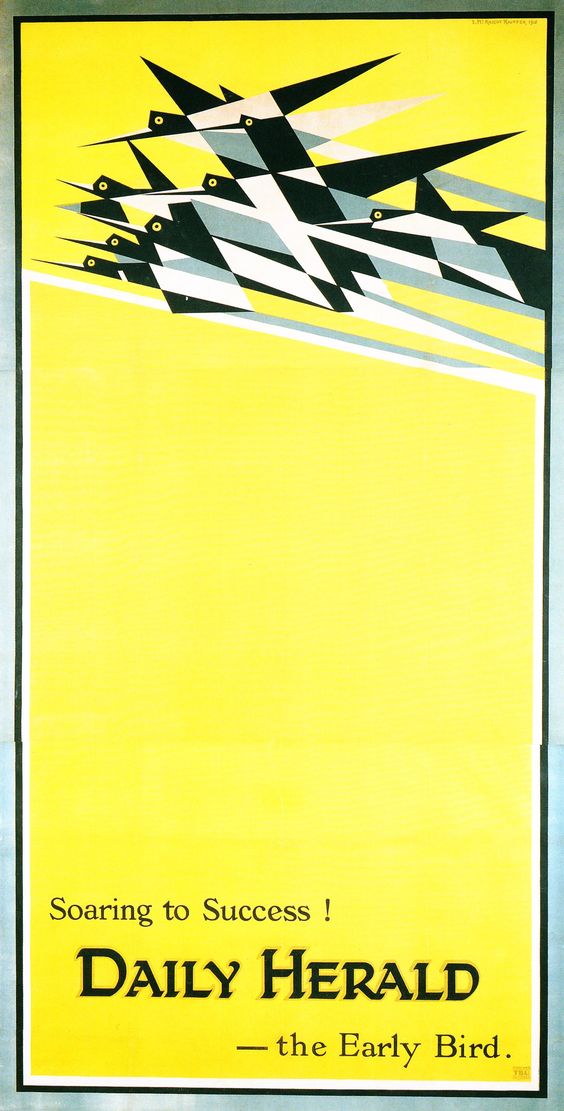 Let’s take a look at how we got from here 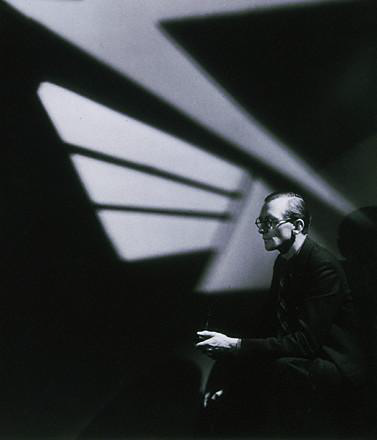 And of course a good posterblog wouldn’t be complete without reference to our heros Heniron and Games who both were inflenced by and had influence on the symbol.

The Speedbird is the stylised emblem of a bird in flight designed in 1932 by Theyre Lee-Elliott as the corporate logo for Imperial Airways. It became a design classic and was used by the airline and its successors – British Overseas Airways Corporation and British Airways – for 52 years.

Theyre Lee-Elliott was a graphic artist and painter working in London in the 1930s.

The Speedbird is among his best known works. The minimalist, stylish and avant-garde design representing a bird in flight it is instantly recognisable and has a timelessly modern appeal.[6]

Lee-Elliott was influenced by the avant-garde work of Edward McKnight Kauffer and the logo echoes Kauffer’s angular bird forms in his 1918 poster for the Daily Herald. 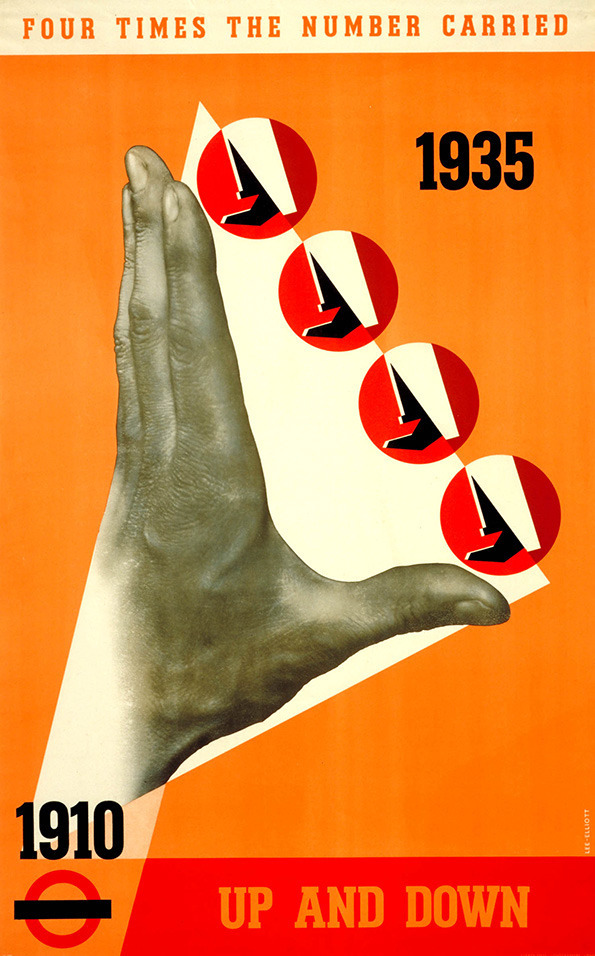 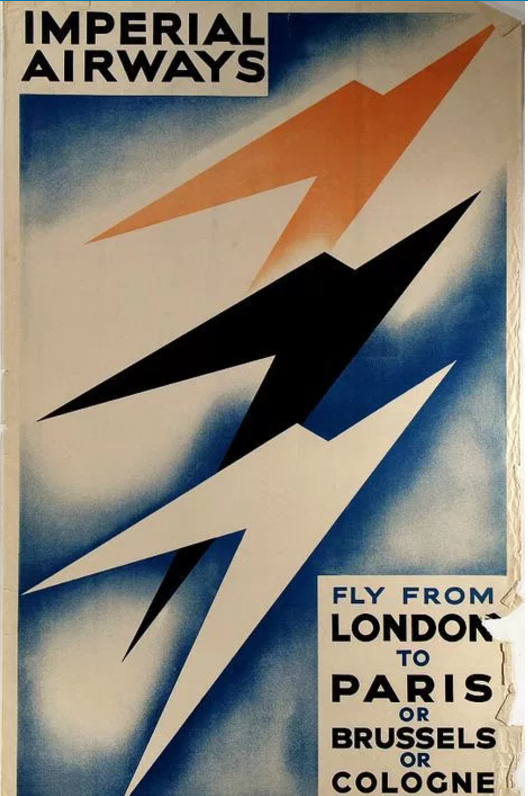 Henrion specifically cited BOAC and the Speedbird logo as influences on his later work for  on the logos and identities for Tate+Lyle, KLM, Blue Circle Cement and LEB.

Heniron also had is own broader take in this magnificent poster 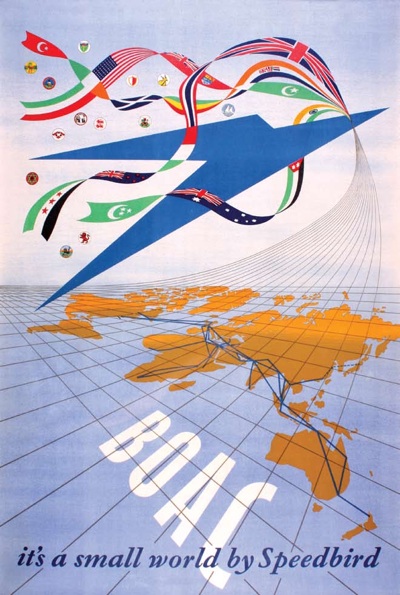 And so to Abram Games, his love for this client is plain to see in his offerings.  The early 50s was a rich vein for Games leading up to his triumph at the Festival of Britain 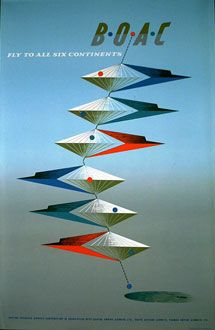 It was sadly discontinued in the early 80s : why? no one knows. Some say that there are echos in the British Airways logo but in a lot of ways, the era of airline glamour had come to an end

One thought on “Speedbird logo”