These covers range from the very good to the downright baffling.

I guess they are a product of their time, where mystery was mysterious, cowboy’s reigned on the plains and publishers wanted to be out there and avant guard.

It wasn’t until later that the likes of Saul Bass and the James Bond movie posters bought a certain crispness to the movie poster and book cover world.

Naomi Games yet again gets behind the story in her 2013 book : Abram Games and Penguin Books

I had never thought about this before but clearly some of his later work displays a certain  extra crispness.

Also obvious in retrospect is the reluctance of Penguin to move away from their standard colour series format. Pan were the leaders in art driven covers. Allen Lane the founder of Penguin bowed to pressure to compete so took on Games as ‘Consultant Art Director in 1956.

Apparently there are two versions of the penguin symbol: one by Edward Young and one by Tschichold

Games got paid 15 guineas a cover 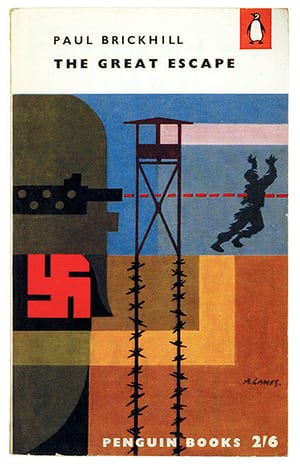 Of course the covers weren’t just restricted to Games himself, several of his friends joined in including Hans Unger 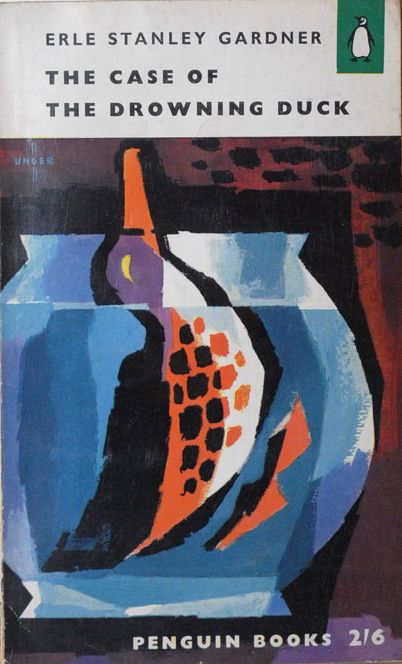 Another interesting snippet from the book : Unger part designed a 4.1 by 2.6m mosaic for Penguins’ Harmondsworth canteen which has since been moved to their distribution centre in Rugby.

By the end of  1957, the short lived experiment was over and the traditional covers reinstated.

In a nice footnote, Naomi notes  : The Games family were encouraged to visit second hand bookshops to look for ‘his’ Penguins ….. Festival of Britain memerobilia and Penguin books with his pictorial covers were the best presents for our dad.

Further information on Penguin covers can be found here