Another interesting name to conjure with

The story goes that Eckersley walked into the ROSPA office to find Cusden sharpening his pencils and a beautiful partnership was born. In reality Cusden was a visionary using avant garde printing techniques and searching for more and more colours. To top off the stylish safety campaigns he co opted the best artists of the day.

‘Leonard Cusden was ‘engaged during the war in the design of propaganda posters and as Art Advisor to the Royal Society for the Prevention of Accidents’ (ROSPA), and post war on designing accident prevention posters. He worked with H.G. Winbolt, producing sixty to seventy posters a year for ROSPA, for distribution to factories. Designs tended to originate as ‘mind pictures or actual happenings’ rather than an illustrated thought. He also hired other artists for poster design, and worked with Tom Eckersley’ Image above supplied by H is for Home http://hisforhomeblog.com/illustration/leonard-cusden-collectable/

There is tons of data on the ROSPA posters on other sites in particular the ROSPA website and the amazingly detailed work of Paul Rennie.

It wasn’t all safety posters though 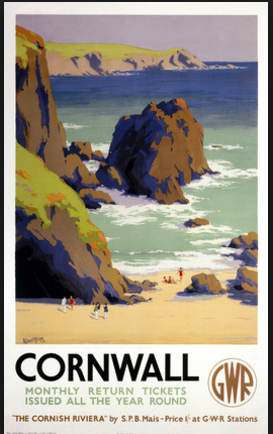 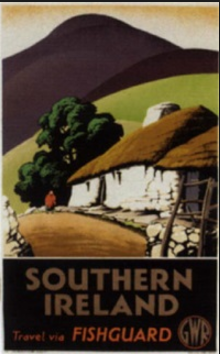 I particularly like the perspective in the Cornwall poster

How about this rarity ? 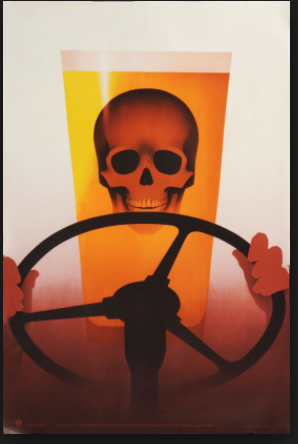