Dorrit Dekk : a name to conjour with ! Remarkably few of her designs and posters come onto the market. We are left with a seeming abundance of her way ahead of time designs for P&O menus.

I am lucky enough to own a couple of these and the 3D effects are stunning!

Talking of P&O, I was invited to their London offices a while back and got to see their archives, great to see some of the designs in the flesh, one of the standouts was this by Gilroy

I thoroughly recommend taking some time out to view their archives at http://www.poheritage.com/the-collection/galleries/Posters

Dekk was born in Brno, Czechoslovakia[1] and trained at the Kunstgewerbeschule, Vienna from 1936-1938. There she was taught by the stage designer Otto Niedermoser and contributed to designs for the theatre and for film director Max Reinhardt.[2] Following the Anschluss in 1938, Dekk escaped to London, where she took up a place at the Reimann School through a scholarship arranged by Niedermoser and specialised in graphic design. 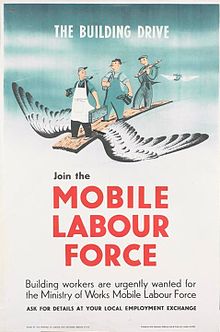 Following the closure of the Reimann School in 1939, Dekk joined the Women’s Royal Naval Service (WRNS) and became a ‘listener’, taking down coded messages by hand which were then sent to Bletchley Park for deciphering.[3] At the end of the war, she joined the design studio of what was to become the Central Office of Information, working under Reginald Mount. During her two and a half years, she designed numerous government posters, including the iconic Ministry of Health‘s poster Trap the Germs in Your Handkerchief.[4] Dekk also designed posters for the Ministry of Works post-war re-building programme and for the Polish Resettlement Corps.[5]

Dekk left the Central Office of Information in 1948 to spend a year in Cape Town, where she worked as a stage designer and illustrator.[6]Dekk returned to London in 1950 and established herself as a freelance designer. Her clients included Air France, the Orient Shipping Line(latterly P&O Orient Line), the Post Office Savings Bank, Trust House Forte, Penguin, The Tatler and London Transport. She also worked as a designer for the Travelling Section of the Festival of Britain,

So a Design icon and also a spy and a healthcare visionary !